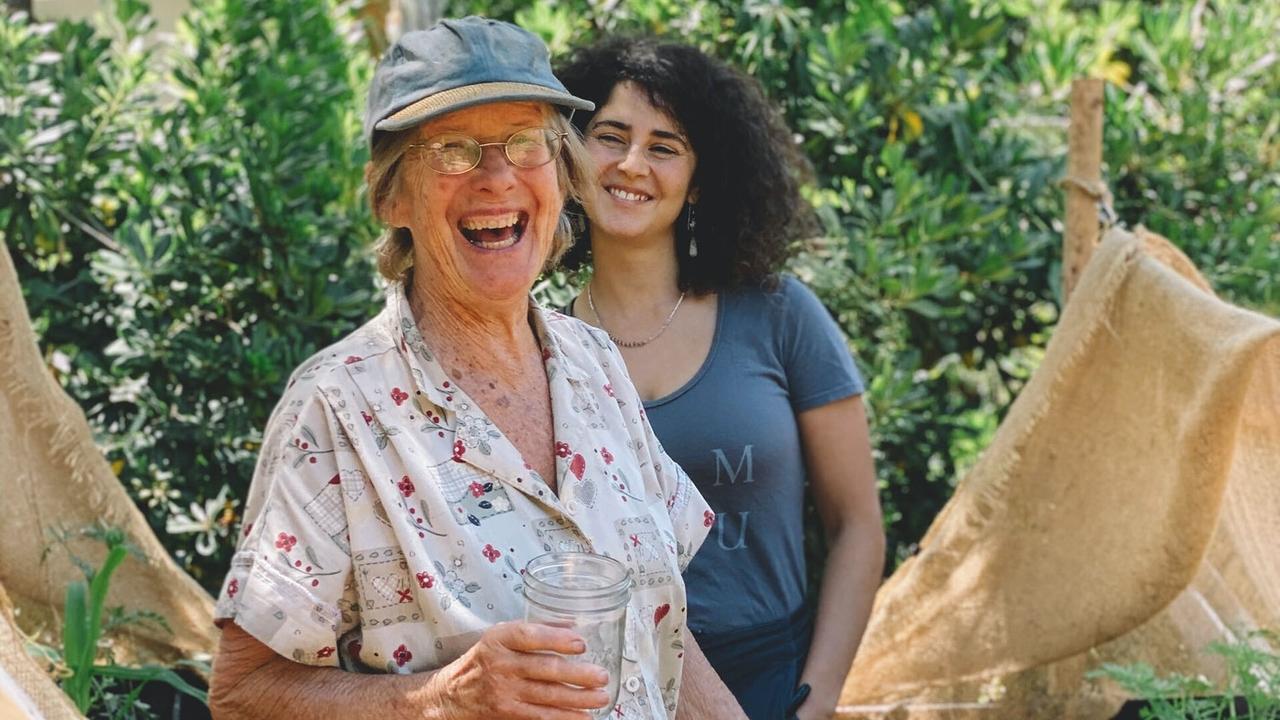 Julia and I recently had the great relief of unloading our gardening woes into the caring hands of Schuyler’s mother, Ann (aka Granny Annie).

Ann was homesteading outside of Sebastapol, CA long before I was a glint in my mother’s eye, and upon hearing of our mangled cucumbers and decimated kale, she leaned in and with a dramatic whisper told us, “I have a story for you.”

Here it is, transcribed (and lightly edited) directly from her archives. I hope you enjoy, “Advice from a Polish Gentleman,” by Ann Grant:

I’ve got an enormous garden: a veggie garden that yells at me starting in early spring and continues loud well into fall.

Then I have a landscape garden. I like to think that of this as an “estate.” Not quite as overweening as the garden of some Englishman’s castle, a lord or a duke, and being the inheritor of generations of such folk. No, I don’t pretend to that degree of “estate.” However, in my own little way, I have created upteen vistas of garden beauty, stretching out for hundreds of yards.

I don’t feel this garden yelling at me the way the veggie garden does, which basically is the vegetable equivalent of a place like Versaille, with an endless array of flowering species that need to be moved out in order to make way for the next set of flowering this’s and that’s. Veggies like that: remove the lettuce and eat — then plant beans. Remove the beans and plant a winter crop... on and on.

Enough of this personal braggadocio. To the meat of this story:

Jack and I went to a nudists’ resort in the Santa Cruz mountains. Ahhh.... reading/napping/sunning/hiking. No gardening.

I encountered a Polish gentleman and his friend sitting outside on a patio, having a snack. I had seen them earlier in the hot tub. Older guys. Hey, what am I saying? My age...

I stopped alongside their table with a book in my hand and one of them asked me what I was reading and we were off into an acquaintanceship.

Well, naturally I told them I had a garden and the veggie one yelled at me and how the landscape one didn’t, etc. Then I said, “But I also have the privilege of a massive stand of Doug firs. All black green and imperturbable. I get to admire with not an ounce of effort put toward them.”

And now the Polish man spoke up. His story was so interesting that I’m going to pretend I memorized it and will write it down verbatim — and if only I could put in his accent as well!

“Gardening is a war against Nature. Oh yes... I’ll tell you. I am an engineer, you know, and I like to have order. Now I have a back yard; it’s not nearly as big as what yours must be and my friend here, his is big, too. But mine is plenty big and for years, I fought that garden. I had some flowers, some shrubs, and I had a lawn. Everything needed water and all of the rest: I poisoned the weeds and weeded too and I pruned and... mostly, I mowed the lawn and watered it and then mowed it yet again.”

“There was one grass in the middle of the lawn. It was a different one, sort of spreading and with big coarse leaves. I did not want it in my so beautiful lawn. So I would dig it out and put some good soil there in that hole and plant some of my grass. Sometimes I would poison it first before digging it out.”

“And,” I said, knowing well the answer to this, “it came right back.”

“Yes, right back every time and then finally I said to my wife, I said, ‘I’m going to let this grass grow. Just to see what it does.’ And so I did and it became the most beautiful thing. Tall, maybe four feet and the seed heads waving in the wind. Beautiful and so then, I said to my wife. ‘I’m going to stop everything and see what happens.’ She wasn’t happy for that at first, but we kept the front yard up, for the neighbors. Otherwise, I stopped everything.”

“Oh yes, the watering. Yes, of course. Right now is September and everything is dry and a little straggley but still there are flowers. Quite a few... A little white one — it crawls around and goes up anything that is up.”

“Bindweed, probably,” I said. “It’s considered a nasty weed for most gardeners. Invasive and tough.”

“It’s very pretty. And this is the wonder of it. My garden changes so much from season to season and now there are so many insects and beginning to be quite a few birds. There is a very short plant, really it hugs the ground and it doesn’t seem to have any flowers. Well, I said to myself, ‘How does it live without a way to propagate itself?’ No flowers. I got out my jeweler’s loupe.”

“What? What did you say?” I was having a hard time understanding him, what with my hearing deficit and he with an accent. “You have an accent,” I said.

“Yes. I’m from Poland originally, but I have lived in this country for a very long time. Well... so... my jeweler’s loupe and I looked at very carefully and yes! There are flowers! They’re very tiny and brown-ish and so I took a micro-picture of it and posted it on my Facebook and a lot of people wrote back to me to say that it, that flower, looks just like the donkey in that movie, Shrek, which I have not seen. And I suppose she gets pollinated by some sort of crawling insect. I’m very happy to have quit that war against nature. Every day it seems there is something to be enjoyed in my garden now.”

The Polish man’s friend had these big soft brown eyes, and he had been looking at me and smiling and I looking at him, too, occasionally, because this was such a good story and we were both enjoying it so much. He said, “It could be that someday you might have to let your garden go.”

I agreed with him — there would be a lot of natives flourishing still.

The Polish gentleman said, “Now you have something to look forward to when that day comes.”