Commusings: Conversation With the Universe by Violet Augustine 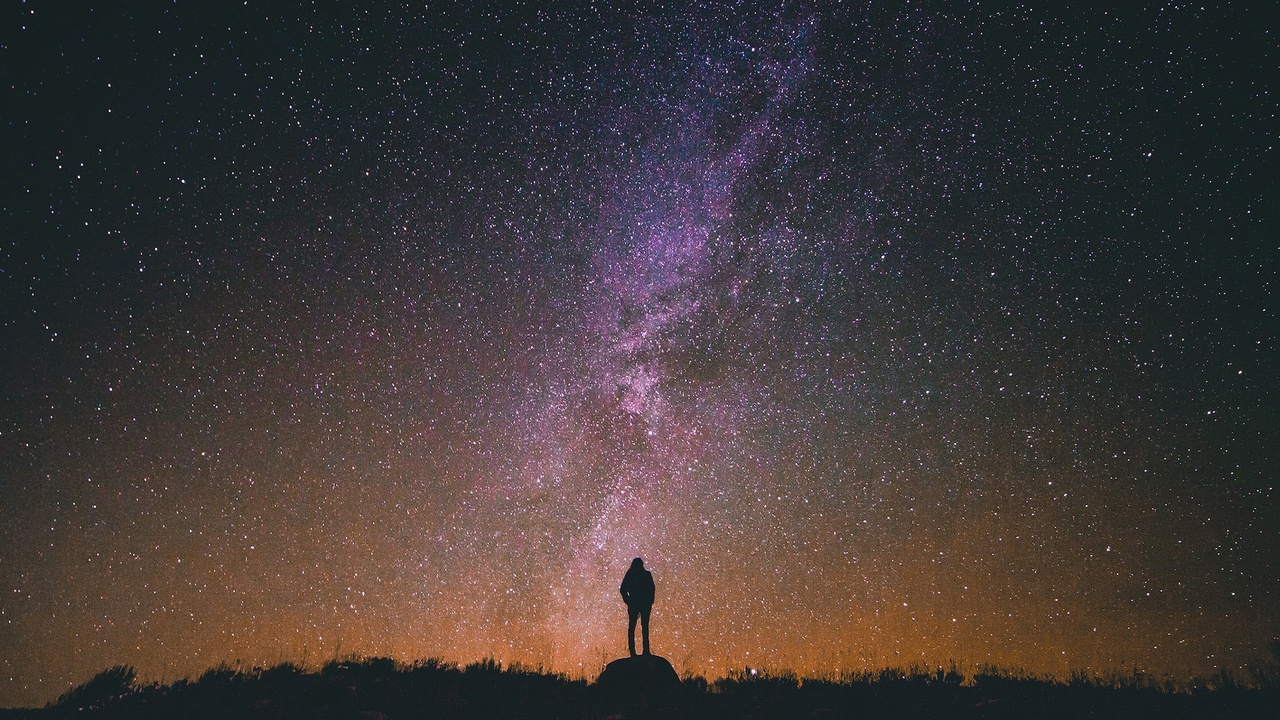 Today’s missive is penned by Violet Augustine. Violet helps me produce the Commune podcast. When I finish an interview, I say, “Hey Violet, was that any good?” And she gives me affirmation, adulating my ego just enough. Then I look at the transcript and see the archipelago of edits she’s made. Like a word surgeon, she removes (almost) all the idiotic things I say. I’m grateful.

Recently, I interviewed the psychiatrist Daniel Amen on happiness. If there is any project that unites all of humanity, it is our individual quest to be happy. More and more, I have begun to understand happiness as synonymous with health. It seems easier to untangle the threads of well-being versus the ineffable welter of happiness.

Here are my five components of well-being: nutrition, movement, restoration, community and purpose. I’ll hover for a moment on the last one. How do we find meaning in this life? Viktor Frankl posited three sources: community, work and suffering. Finding meaning in our relationships and in our creative activity seems logical, but the idea that suffering is redemptive is curious.

Fyodor Dostoevsky wrote, “There is only one thing that I dread: not to be worthy of my sufferings.”

When I read Violet’s essay, I thought about this. Are my traumas unconsecrated? Or have I leveraged them for growth, for meaning? Does my ability to wake up every day with clear values and goals have its provenance in my suffering?

Here, mostly, at [email protected] and enjoying the ride on IG @jeffkrasno.

Conversation With the Universe

Today is my 13,722nd day on this Earth. 650 days ago I figured out how the universe works. This is how it happened:

I was talking to myself. It was dusk and I was closing the blinds and I remembered how doing that used to hurt, like a physical pain in my stomach – seeing the sheer blue curtain of light that covered everything outside – but having to close the blinds right in the middle of the spectacle, because someone might see inside. You know, because of optics. Or is it physics? Anyway. It hurt me to deprive myself of the pleasure of seeing that almost neon blue in the last half hour of twilight, because of nosey neighbors, evening walkers, or the hillside strangler? It just felt. Unjust. The trees, the sky, the breeze, the light, they all deserved to be adored. It used to hurt. It didn’t hurt anymore, which hurt in its own way. But anyway. Like I was saying, I was talking to myself.

I said: I want to be able to keep my blinds open until the objects outside turn from neon velvet navy to black. I want to keep them open. Without having to worry about someone seeing me. I said, matter-of-factly.

Then I said, a train to New York and a drive to the sea and yes that’s where I want to be.

I know what you’re thinking. It didn’t make sense to me yet, either. But it would in almost two year’s time.

When those random words burst from between my lips I lived in the South. In the bible belt. I wanted to live someplace more diverse, more culturally enriching, where I wouldn’t be constantly afraid of getting my queer head bashed in. I wanted to live in a place surrounded by nature but still close to a city vibrating with music and literature and arts – events that enrich the mind and heart.

So I told the universe.
And they said: No problem! Now, do the work.
And I said, Sure, of course!

And that’s when I realized how it all works: I tell uni what I want, and they’re like,
Sure, why not? I’m infinite. That is actually how I work, you know. You order, I deliver. Even when you have no idea what you’re ordering, or that you even are ordering. Especially then.

So I laughed some more and considered that maybe that’s why humans exchange paper for things. Is that fundamentally the way things work? It’s an energy exchange? (I haven’t figured out the why on that part, though. I suppose I can try asking that when the answer won’t feel like staring into light so bright it burns my retinas.)

And it turned out that “medium” was to have a kid with a person I barely knew, who turned out to have a narcissistic personality, to divorce him in three years and to need another three years to heal from the experience, to do all of this hundreds of miles from the ocean or something you could even call a hill, and to live alone in the bible belt as a queer woman raising a gender-non-conforming child, in a state that would soon label me a child abuser for affirming said child.

And then I handed over some paper, and the universe handed me the greasy, wrinkled sack, and it all happened so fast I looked around bleary-eyed in what felt like an instant but turned out to be six years later going …where the hell am I?

I ordered a place where I can hang out in the city, and walk the streets, and see the lights, and see all the people and hear all the things, but then when I tire of the stimulation, I can hop over to a place where I can see more plants than humans, and the mountains, and the trees, just a short drive from the sea, and when I go home I can leave the blinds open until it’s pitch black outside.

It took the universe some time. Well, from my small human perspective of linear time. But 196 days later I’m in my living room with my blinds wide open, watching that blue neon curtain wind its way across the mountains, turning everything to pastel, and I will not close the blinds tonight, because I never do, because I don’t have to anymore, so I wake up to the cotton candy sunrise and wind down to the blue calico mist covering the hills while the city lights glitter and the ocean is only twenty minutes away. It’s a short distance to the best art and music and all around me are the rainbows that represent acceptance for love in all its forms.

As it turns out, it wasn’t New York. But, remember, I’d ordered the ocean and the hills.

All it took was a little mindful ordering. Oh yeah, and the universe wasn’t kidding when they said, Now, put in the work.

She has won a number of awards and accolades for her fiction, essays, poetry, podcasts, and music that explore themes of the supernatural and the grotesque, motherhood, spirituality, creativity, revenge, raising a gender non-conforming child, and more. From the Cuban diaspora, she lives with her child in Los Angeles.