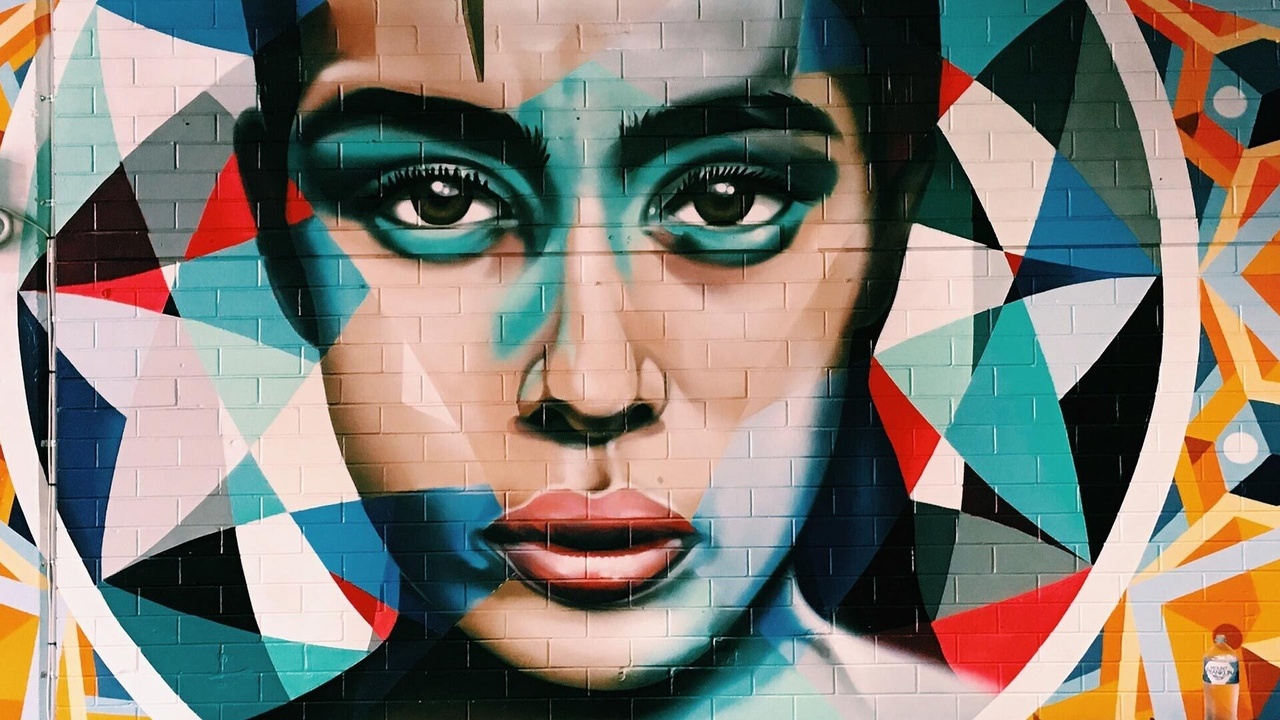 In her article, LBR prods at “chutzpah.” To be clear, Laurie-Beth is brimming with it in the most effusive and entertaining manner. However, her essay elicited a few thoughts on the nature of “audacity” in the public realm, some of which I share in this brief preamble.

Philosophers, politicians and other sundry public figures have long relied on charisma, “cheek” and, oftentimes, exaggeration to garner attention or dislodge the status quo. In 1882, the German philosopher Friedrich Nietzsche famously declared, “God is dead.” In its time, this was quite an ostentatious statement. Nietzsche was claiming, of course, that belief in God was no longer plausible in the aftermath of the Enlightenment – a time in which science, mathematics, and philosophy effloresced across Europe, displacing Christianity as the guiding authority on truth about life and the universe.

While Nietzsche may have been generally correct about the diminishing influence of Abrahamic religion, if God is indeed dead, it’s taken a long time to bury him. Christianity, Islam and Judaism remain a centerpiece in many cultures nearly a century and a half later.

Sensationalism on one side of a spectrum often begets equal sensationalism on the other. Our current societal invective features a vast array of hyperbolized polemics around topics including the 2020 election, COVID and social justice, among other issues. This Newtonian tug-of-war has not produced moderation or cooperation, rather a wild spraying of billiard balls atop the pool table of public discourse. We are enduring a time of extremes that is leading to a lot of anxiety.

Public opinion is currently precariously cantilevered over the social media Serengeti. The attention economy rewards audacity in a very dangerous manner. Those with charisma build followings by sensationalizing events, lacing editorial bias over them, and then deploying content in a way that leverages human negativity bias (fear, anger, indignation) for the purpose of maximizing views and clicks in order to sell ads or gain further influence. The dopamine reward system connected to this algorithmic gambit only serves to reinforce this behavior and, as a result, we creep perilously to the thinner edges of the epistemological branch.

The truth is most often boring. Shrouded in nuance, the pursuit of the true nature of reality – or, at least, an inter-subjective understanding of it – requires more rigor and humility than most of us are willing to summon. So, we are left with this conundrum: can the “middle way” leverage chutzpah? Are audacity and moderation anachronistic?

This is by no means a rebuke of LBR’s essay. It builds upon it – like a conversation between friends. In many ways, I would prefer that this preface was an afterword, but, alas, my letter here lives in pole position.

Centered at [email protected] and tediously lackluster on IG @jeffkrasno.

Passion, Balls, and Charisma
The Holy Trinity that’s feared by many…

Blocked on Facebook by an individual who took umbrage with my chutzpah to politely defend my definition and use of the word chutzpah, may serve as one of the more tragically humorous and seemingly rhetorical examples of just how inflamed, fervently agitated and ready to pounce into divisive fits of rage our wild world is today.

Yes, irony flexes its wings with a fierce flight en masse — replete with short bursts of hypocrisy, egocentric espousing and the “canceling, muting and deleting” of human beings from even our peripheral sphere of vision when they disagree with us. This practice of verbally flogging each other online has escalated into a rapid reflex, sans thought, regardless of previous friendship or even shared DNA.

Simplifying (for the sake of limited column space) the details of my aforementioned “hurling over chutzpah” battle that transpired on Zuckerberg’s colossally crowded cluster of a cyber stage: I had posted a humorous update about my daily doings and chosen the word “chutzpah” to express a positive attribute of mine that saved my hide in that particular scenario.

My challenger wasn’t having it.

“Chutzpah can never, ever, under any circumstances in any way, bar none, be a GOOD thing!” He was adamant.

Yet I had to disagree. For while this phonetically throaty word of Yiddish origin is commonly used to denote shameless audacity and impudence, it is also used to depict a backbone!

“That she had the chutzpah to stick up for her classmate, despite her acquaintance being unpopular among the people present, allowed the young gal’s important message and voice to be heard.”

I typed a handful of examples like the one above into Facebook during that vocabulary disagreement in an effort to patiently and painstakingly illustrate that the application of the word chutzpah could indeed be used in a flattering sense as a synonym for courage.

Then he got all mad.

Multiple urges flood over us each day, with a tempting and sanguivorous nudge to log on and “play” or pacify our consumption cravings, with just the slide of a finger on a phone no less, as we participate in the addictive and salacious scroll, tending to our boredom and feeding our excuses and distractions whilst drifting away from productivity.

We swipe our way down our cortisol-spiking and blue-light-enhanced devices in a fragile attempt to assuage our insecurities. Sadly, as our eyes scan the teases, trailers and often titillating terrain of apps and outlets that showcase personal expression, we stalk out, knock down, pin and pigeonhole others into an exaggerated version of something they expressed a modicum of embodying — often because that “something” so uncomfortably chafed a chink in our well-polished armor that we’re afraid of facing.

Yet must we view PASSION, BALLS and CHARISMA (in other words, CHUTZPAH) as such a threat??

That somebody cares tremendously about anything, dares to say that in every room they enter, and shares their sentiments with engaging enthusiasm and gusto is a trifecta of spirit building energy, (so long as not violent or cruel rhetoric), and not only garners and heightens my interest but gains my respect.

I needn’t agree with every position one postures, nor do I feel the need to go support somebody’s favorite sports team, bake the pie they raved about, embrace the specific meditation practice they swear by or vote for the candidate they supported in explicit detail in order to click a heart on their Insta feed (and genuinely mean it) as to cheer on their entertaining delivery and glowing endorsement about something that matters to THEM.

As a friend of mine says, “They’re showing you where they live.”

Ergo: Can’t we be a gracious and affable guest in somebody else’s emotional home for a few moments — and politely, compassionately and appreciatively so?

Have we lost that seemingly archaic yet ever so simplistic set of manners?

Whether we view someone as brilliant or fifty shades of batshit crazy and to a degree we cannot fathom how they are even allowed to matriculate in society, let alone deliver videos on the influential and ever so addictive almighty Internet, we are operating and behaving via our own specific interpretation of their “art.”

When drawn in with pleasurable interest or via an awkward frowzy of annoyance, we are shifted from our tunnel vision and mundane repetition of whatever we did yesterday and the day prior, and quite pungently knocked right out of our own self-imposed rigidity and to such a level that we are feeling, thinking and possibly even speaking about what we witnessed.

Ergo: It was ART. And it did its job!

We don’t have to like everything nor succumb to the same subjectivity and perspective as our neighbor.

Yet we cannot rightfully deny when something or someone does at least capture our interest.

When they are, UNFORGETTABLE.

As a southwest artist, (raised by a sculptor who altruistically taught his daughter to find artistic shapes, whimsical characters and avant-garde imagery when gazing up at even the most ominous clouds), schooled me well: “Art is here to reshape us and shift our consciousness.”

Likewise, we must have confidence in our own ability to choose our priorities and to live authentically enough to experience and express joy. When we do this, it becomes impossible to throw shade or degrade someone who is simply moving to the music in their own zany way, in their own focused lane, doing their own special thing!

“The man in the arena” – words from Theodore Roosevelt made trendy by research professor-turned-author Brené Brown – reminds us that it isn’t the critic who deserves credit:

“It is not the critic who counts; not the man who points out how the strong man stumbles, or where the doer of deeds could have done them better. The credit belongs to the man who is actually in the arena, whose face is marred by dust and sweat and blood; who strives valiantly; who errs, who comes short again and again, because there is no effort without error and shortcoming; but who does actually strive to do the deeds; who knows great enthusiasms, the great devotions; who spends himself in a worthy cause; who at the best knows in the end the triumph of high achievement, and who at the worst, if he fails, at least fails while daring greatly, so that his place shall never be with those cold and timid souls who neither know victory nor defeat.”

Are we genuinely walking that talk and in any consistent way?

Do our “COEXIST” bumper stickers mean anything sobering to us or does that term merely hold muster so long as we are cohabitating with somebody remarkably similar?

Or one who tiptoes?

Are we so downright terrified by an exuberance that’s confidently mesmerizing on some level that we refuse to even recognize that our precious soul has directed our attention in that direction, and therefore we may do well to enjoy it!

When grasping the concept that whatever outpours from another’s verve and mere vessel is a glimpse of their divine dwelling and where their intricate and most sacred being is “housed” at this time, it behooves us to regard such respectfully, whether it be our favorite flavor or not.

If we’re looking to find fault with people and their chosen expressions or representations of themselves and their views, then we will inevitably and quite destructively find it.

But if we’re so horrified by someone’s worldview or downright aghast to see any scantily clad people who, oddly enough, feel comfortable in their own skin; and if we shutdown and attempt to takedown another human being just because they are “out there” and we are “in here” and haven’t done the painful excavation to make lovely peace with our inner location; then we’ve got some exciting and indubitably beneficial core work to do!

Perhaps taking a break from at least one of our social media habits could provide the ideal time allotment for such exploratory growth.

Or, having closed my account and been off of the almighty “F Book,” for a keenly introspective nine months now, and thus giving birth to projects and creative art endeavors in tandem with my continued admiration for a host of people doing the same, I felt moved to write this column.

Laurie-Beth Robbins is a writer, a lover of exotic healthful food & wine, and a raconteur. Follow her on Instagram: @LBRISHERE or contact her directly: [email protected].