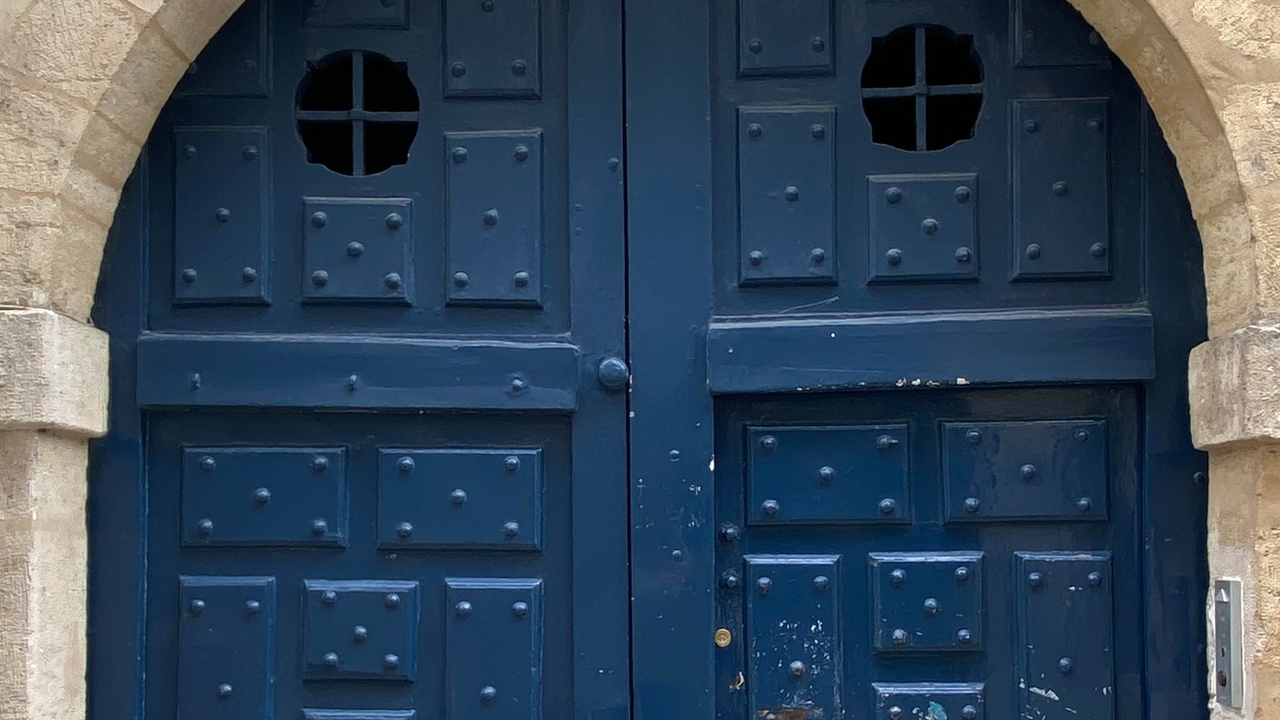 I’m somewhere over the Atlantic, returning from a 2-week sojourn in France with my family.

Going to a foreign country, or a place that just feels foreign, especially one with a different language carries a certain kind of mystery. You are out of your element. You’re simultaneously timid and adventurous, like a child.

Remember when you were a kid and you went in to the woods. Maybe your parents told you not to go there. It was dark and exotic. You were scared but kept going. And you stumbled on to something that you’d never seen before. And that you’d never see again. It was exhilarating.

Our conceptual mind seeks certainty. But our heart-mind (kokoro) hunts the unknown. Not the thing, but its rippled reflection.

Here and not at [email protected] and having a ball on IG @jeffkrasno.

I am sitting on a threadbare fauteuil in a cramped flat on Rue de la Harpe in the 5th Arrondissement. Profoundly knackered from the jet lag and long days of interminable walking, I stare hazily out the porte-fenêtre. Evidently, égalité and fraternité extends to building codes in the City of Lights. You cannot build above 5 floors in central Paris. This affords everyone on the top story - including me - a view of the iconic green-cyan rooftops that are depicted in countless watercolors.

It’s 8pm (20h) and there’s not even a remote intimation of twilight. My legs are heavy and my head is light. One more shot of espresso? Sure … perhaps that will jostle me out of the puddle of delirium in which I am swimming and out the door to meet the girls for dinner.

I want to show them everything. Yes, the Louvre, Notre Dame and Sacré Coeur and the more bespoke museums – Rodin and Picasso – that were my haunts when I lived here with Schuyler in 1990. But, more, I want them to discover the wonders that don’t appear on any map – the parishes behind the church, the original editions tucked in dusty shelves, the internal courtyards, the sketches, the old, the true.

Properly buzzed now, I wind my way down the cock-eyed, distinctly malodorous stairwell. Back on the cobblestones, I find my legs and set off toward Place de Contrescarpe, a modest hilltop roundabout surrounded by sprawling sidewalk cafés.

My route takes me down Boulevard St. Germain, up Rue. St. Jacques, over on Rue des Ècoles. Like a cat prowling new terrain, I stalk the city streets with heightened awareness – noticing minutiae that would normally blend into the urban backcloth. There’s a bronze plaque affixed to a building indicating the former living quarters of James Joyce (where he penned Ulysses). Neighboring Joyce’s pied-à-terre is the apartment of Renée Déscartes.

Striding up the Rue Mouffetard, I spot the slimmest of alleyways barely wider than my full wingspan. It lures me down its crooked path. Though cul-de-sac is a French word, I cannot ever seem to find one. Everything here seems to lead on.

The backstreet terminates in a set of rounded blue wooden doors left slightly ajar. I pull at the knob that opens the door. I step through and, in front of me, there is a small shrine honoring Sainte Geneviève, the patron saint of Paris, who allegedly saved the city from the Huns in the 5th century. Flanking the sanctum are two symmetrical stone staircases leading up to yet another door shrouded in ivy. I ascend the escalier to the left and reaching the summit, again, I pull at the door. It creaks open slowly to reveal a most fantastic scene.

There is an exquisite small église spilling on to a square peppered with carved wooden benches and marble tables laden with baguettes, assorted fromage, olives and cityscapes of wine bottles. A scruffy baba-cool with fingerless gloves strums fervidly on a guitar, full-throatedly belting Cat Stevens’ “Peace Train.” He is backed by a troop of rambunctious conga players pushing the beat. The motley crew of assembled bohemians urge them on, joining in as the chorus rolls around. A bejeweled gypsy with bells on her shoes and a scarlet begonia clenched between her teeth thrusts a bottle of Bordeaux into my left hand and grabs my right, pulling me into the dance circle. As the ditty approaches its finale, everyone latches on to their neighbors’ hips – forming a literal peace train – and we cavort in a massive circle around our troubadour. When the last chord is finally struck, everyone hugs each other with self-congratulatory delight as if they had just won Olympic gold in hula-hooping. As wine bottles are tipped, people ask for my name. We chat and laugh. I am carried away by the scene but I know I am late to rendezvous with my girls. My new friends will be reveling into the night. “Come back!” they exhort as I stoop down to slip through the passageway.

I trundle up Mouffetard with a skip in my step. I can’t wait to bring my girls back to the mini-carnival beyond the blue doors. When I find them, they’re famished so we stop at one of the many Lebanese falafel kiosks and haggle for a pita overflowing with roasted eggplant, red cabbage, toasted onions and doused in tahini. As we devour our pockets of Middle Eastern delights, I regale them of the scene. They giggle at my participation in the peace train. They don’t think of me as much of a joiner. They’re mostly right.

Sated, we set off like a waddling of ducks – Micah scuttling up the rear. We twist and turn through the intersecting web of cobbled streets as I retrace my path to the alleyway. It now seems farther away … maybe I missed it. No, there’s a small rue just up ahead. That must be it. But, alas, when we get there, I scan down toward its terminus – no blue door. Merde!

We snake back up Rue Rollin. I can sense the wick of my girls’ patience burning to its base. Here’s another alleyway … “Come on, girls! This is it.” We scamper down the corridor and come to its end. It’s not quite as I remember it. Nevertheless, I pull at the handle. The door is locked.

I cannot help but think of hapless Lucy when she leads her siblings to the wardrobe, the portal to the fantasy world of Narnia – but the door won’t open. Like Lucy, I vividly describe my renditions of Mr. Tumnus, Mr. and Mrs. Beaver, Jadis and Aslan to my girls – but they’re giving me the eye-roll now.

“Come on, dad,” quips Lolli, giving me a consolatory pat on the back. “Let’s go home.”

I know she remembers the languorous, sultry summer days at the lake house. I would see her in the morning and not again until dusk. She spent entire days exploring the marshes, pulling crabs from the creek, poking around forest edge. One day, nestled in the tall grasses, she found an osprey’s nest. Hungry hatchlings extended their necks to her and opened their wee baby beaks in hopes of nourishment. Lolli’s big heart propelled her back to the house for bird nibbles and then she went scuttling back. But, when she returned, she couldn’t find the nest among the grass. She looked and looked and looked. It was pitch dark when finally gave up. Dejected, she fell asleep in big bed.

We cannot conceive of the thing we’re looking for. Because we don’t want a conception, we want the real thing. And the real thing is a mystery. It’s a surprise. It’s spontaneous. It’s here and it’s gone. To have it any other way would spoil the entire project of being human.

Imagine if I told you that the whole experience of heaven was just like sitting in a church pew singing hymns for the rest of time. Doesn’t that sound ghastly? We don’t want to know. As the haiku poem says, “This is all there is. The path comes to an end in the parsley.”

We are here, moment to moment, eyes peeled for a blue door.