Commusings: The Intelligence of Connection by Zach Bush, MD 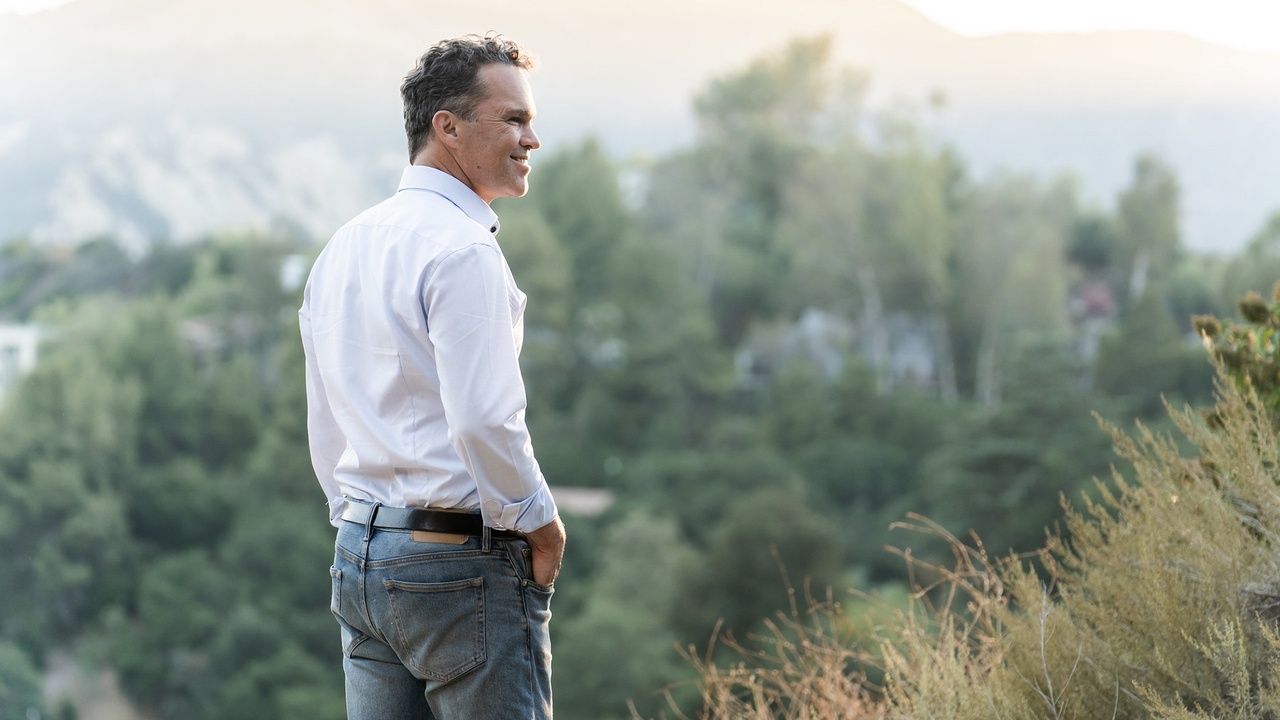 You consist of 70 trillion cells. Approximately 30 trillion of these cells are human and contain your DNA. 99.9% of your genetic blueprint matches mine no matter who you are. The balance of the cells in your body are prokaryotes in the form of bacteria, archaea and fungi. These single-celled organisms make up your microbiota. They reside in your mouth, on your skin, and, increasingly, they have been discovered in every organ system – but, predominantly, they can be found partying down in the anaerobic den of iniquity known as your colon. And each of them – multiple thousands of species – has its own proper genome.

There are 3.3 million non-redundant genes in your gut microbiome alone as compared to the measly 22,000 genes in your DNA. When the Human Genome Project produced this rather unimpressive tally, it upended medical science. Given our vast intellectual prowess (re: hubris) and the hundreds of thousands of proteins coursing through our veins, we presumed that this vast international project would map a more robust 6-figure genome. Sorry… we barely outscored a fruit fly, who boasts 14,000 genes and lives barely a month. Indeed, Homo Sapiens (which translates as wise human) have an equivalent quantity of protein-coding genes as a guppy.

Put together, here is some rough math: Your genomic make-up is 150 times more bacterial than human.

Increasingly, it appears as if human life – including human health and disease – is not centered around the human cell. True, there are genetic polymorphisms that predispose one to disease or, in some cases, directly cause dysfunction. However, given the scope of chronic disease that is currently besieging humanity, genetically derived pathologies are in the great minority.

More and more, the era of genetic determinism appears to be dying and an age of agency re-born. Ironically, the sun sets in the West and rises in East. The “future” of health looks very much like the ancient intuitive wisdom of Eastern philosophy. Life is emergent, impermanent and spontaneous. Since you’ve started reading this preamble, billions of “your” bacteria have perished and billions have proliferated. As a jilted lover may have once told you, “You’re not the same person you used to be.”

You are a superorganism – a soup of animated cosmic information – living in a holobiont in which everything is dependent on everything else. Here’s the good news about that: neither your fate nor our collective destiny is fixed. Nature is the ultimate physician – and, if we align with her course, we can heal. We can move toward wholeness.

The emerging fields of the microbiome, epigenetics and neuroplasticity are doing what Einstein, Planck, Bohr, and others did to Newtonian physics in the early 20th century. There is no fixed, absolute, fundamental reality. Life – healing and illness – is process not product. Cancer, for example, is not a “thing” that you can “have.” It’s a process that exists along a spectrum. Either dysfunctional cells (which we all have) are proliferating or the immune system is eating them up. Like an atom, the human organism is in a perpetual vibratory dance with its ecosystem. And every interaction with our environment is either adaptive or maladaptive, constructive or destructive.

If indeed “all disease begins in the gut” as Hippocrates, the father of modern medicine, proclaimed — then we have a choice. We can feed our gut bugs delicious fiber, phytonutrients and polyphenols, thus nurturing a friendly intestinal population. In turn, they will produce the post-biotics that improve insulin sensitivity, regulate mood, maintain gut barrier integrity and foster a balanced immune system. In short, humans have co-evolved with bacteria to look after each other.

No one frames this conversation with more eloquence than Dr. Zach Bush who lends his wisdom to today’s essay. I also hope you will enjoy his brilliant, free masterclass Healing Secrets: The Wisdom of Your Microbiome.

Here at [email protected] and only partially myself on IG @jeffkrasno.

The Intelligence of Connection

Close your eyes and imagine a researcher studying human cells.

What came to mind? For many of us, it’s a sterile laboratory with white walls, white lab coats, lots of test tubes and petri dishes.

This is why we don't really understand biology at all.

We study human biology by isolating its component parts, and then we study systems of disease and treatment only in the context of this isolation. This makes sense inside a scientific worldview where human health is the result of sterile human biology. In this paradigm, bacteria and fungi equate to infection.

But the paradigm has shifted. The last decade has revealed that human health only occurs in the context of a complex ecosystem of bacteria, fungi, protozoa, and even viruses. Despite this revelation, our education and funding continues to drive the scientific community into a reductionist and mypoic study and understanding of human nature.

We are masters of understanding the precise mechanisms of disease in these unnatural environments of human sterility and isolation. So much so that we have uber-experts in single protein pathways for disease.

You haven't heard of it, because it's completely irrelevant to human history, but I was one of the few world experts on the protein COUP-TF1. It’s ludicrous. I was going to spend my entire career studying COUP-TF1 and its mechanisms of regulation of mitochondria as it relates to cancer.

One protein. I was going to boil my life's purpose and beliefs about a global cancer epidemic down to the expression of one protein.

I would fly all over the world to find the other 17 people who cared at all about COUP-TF1. I had become so successful as an expert in this reductionist view, and yet I could not figure out why I was so depressed. I also couldn't figure out why, despite my best efforts, all my patients were dying.

Then, one day, I had a conversation that made me realize I was on the wrong path — that I had gone down a rabbit hole that made absolutely no sense in the end.

It was during one of my chemotherapy clinical trials, and sitting in front of me was a woman who would to be the first to take a novel chemotherapy for her endocrine tumor. She was in deep conversation with me about why she needed to take this medicine, and what I expected it to do for her. And what I realized during that conversation was that there is not a single cancer in the history of humankind that ever occurred due to a lack of chemotherapy. I’ll repeat that: A lack of chemotherapy is not the cause of cancer.

Where was the root cause analysis of why that cancer is there? Why are we failing to understand that cancer is a simple symptom of a total isolation event at the cellular level? And instead of trying to kill these lonely and highly damaged cells within the body, might we need to rush in and welcome that cell back into community?

As soon as a cancer cell reconnects to the cells around it, it disappears. It eliminates itself through a process called apoptosis, a gentle dissolution of the cell, and a stem cell is called in to replace the cancer cell with new vibrant cells that are interconnected with the greater human organism.

This same phenomenon happens at all levels of life. When we see random acts of violence such as the now-too-common shootings in shopping malls, schools, spiritual places, etc. you know you are seeing a form of malignant (cancerous) behavior played out. Isolation of a cell or a person leads to these malignant behaviors that kill the greater organism of the human and its society. And so, whether we're at the cellular level of an endocrine cancer or at the macro level of sociopolitical unrest, we are seeing the results of the global phenomenon of isolation.

Almost everything in our pharmaceutical (and even in our functional medicine or nutraceutical) toolbox is, at best, providing symptom management. These tools, whether they be chemotherapy, statin drugs for cholesterol, vitamin C drips, probiotics, or multivitamin concoctions, are all treating downstream conditions of a collapse of biology — as seen through the reductionist belief that human health or disease is an isolated event. It is not. Human health and disease is the result of a failure of connection to biodiversity and adaptation (healing) that is inherent to the fabric of life on earth.

Our toolbox is failing to reconnect us to nature. These tools are not addressing the root cause or root solution for you to live into your fullest health.

It turns out that being anti-disease is not the same as pro-health.

This failure to see the root cause and relevant foundations for health pervades the worlds of functional and integrative medicine just as it does in pharmaceutical medicine. We often kick the allopathic doctor off the stool and then pick up the stool and step right back onto it with a different toolbox but the same belief system — that we don't have the ability to repair, that health cannot come from within. And so we say, “Here are bioidentical hormones. You need to take these because your body can't make them anymore.” Or, “Here is your download of probiotics, which contains three to five species of bacteria, instead of the 50,000 species you should have in your gut ecosystem.”

Across the medical community, our science has been so divorced from the complex interactions of nature that we often fail to understand the capacity of the human body to heal and regenerate. We have no idea what vitality looks like or where it comes from.

Which brings me to the human gut. Here tens of thousands of different species are living in symbiosis with each other and the human cells of the gut lining. In the process of living in symbiosis, these bacteria, fungi, yeasts, and protozoa of the gut establish a wireless communication network made of a vast array of unique carbon molecules. Cells monitor these redox signals to understand their own identity and functional role within the symphony of the whole network.

We can take cells from the small intestine, expose them to the herbicide glyphosate (also known as RoundUp), or nonsteroidal anti-inflammatories, or constipation treatments like MiraLAX, and destroy the tight junctions between those intestinal cells. We've done it over and over again in the lab. But if we add back the communication network of the microbiome, cells immediately strengthen the gut barrier through production of new tight junctions, even in the face of those environmental insults.

Over the last 10 years, I think really what we've established in our lab is a deep understanding of the grace of nature. There is a deep desire of nature to reconnect us — to reconnect with us. The microbes and their communication network are her pathway of reconnection. It is reconnection that allows for regeneration and repair to happen in your body. 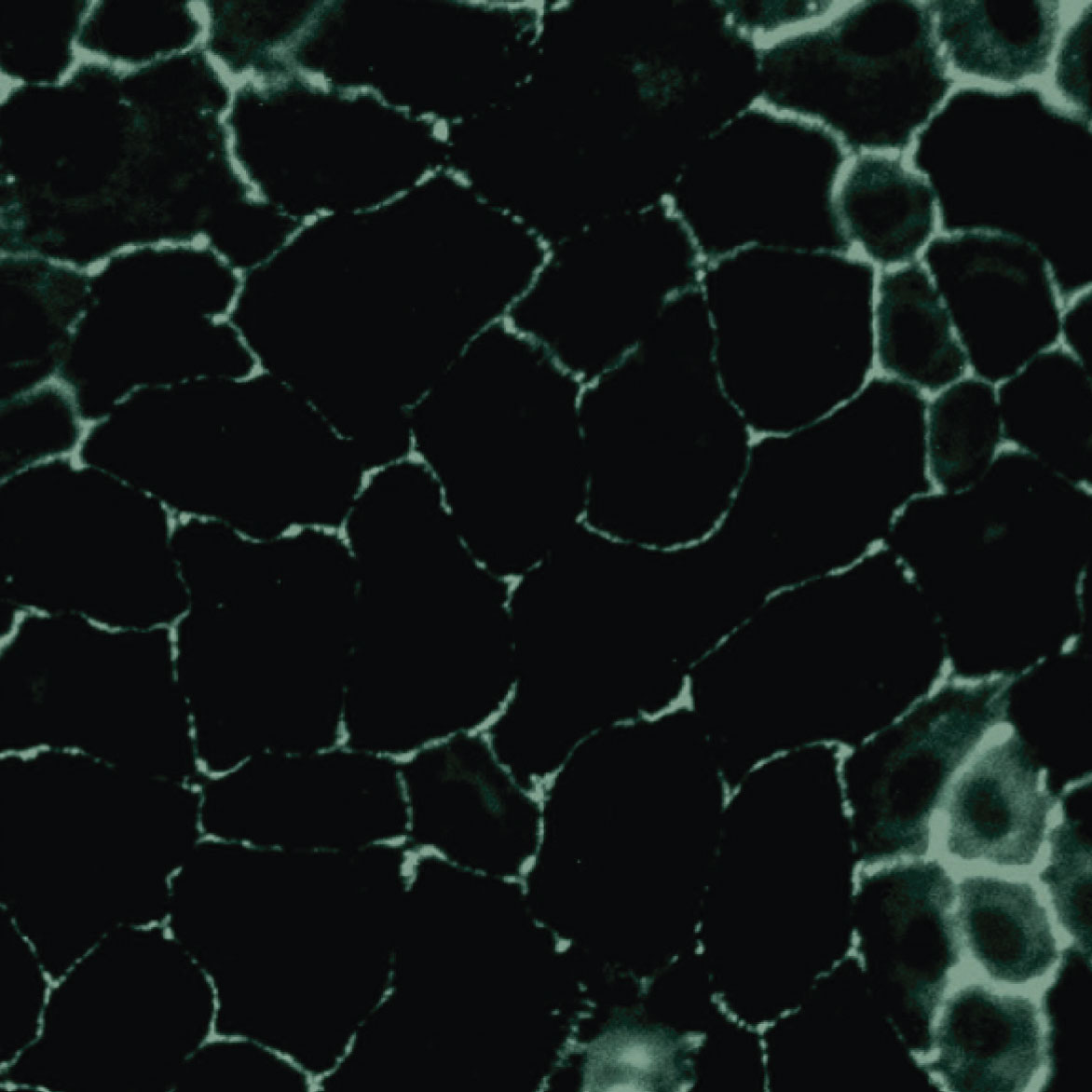 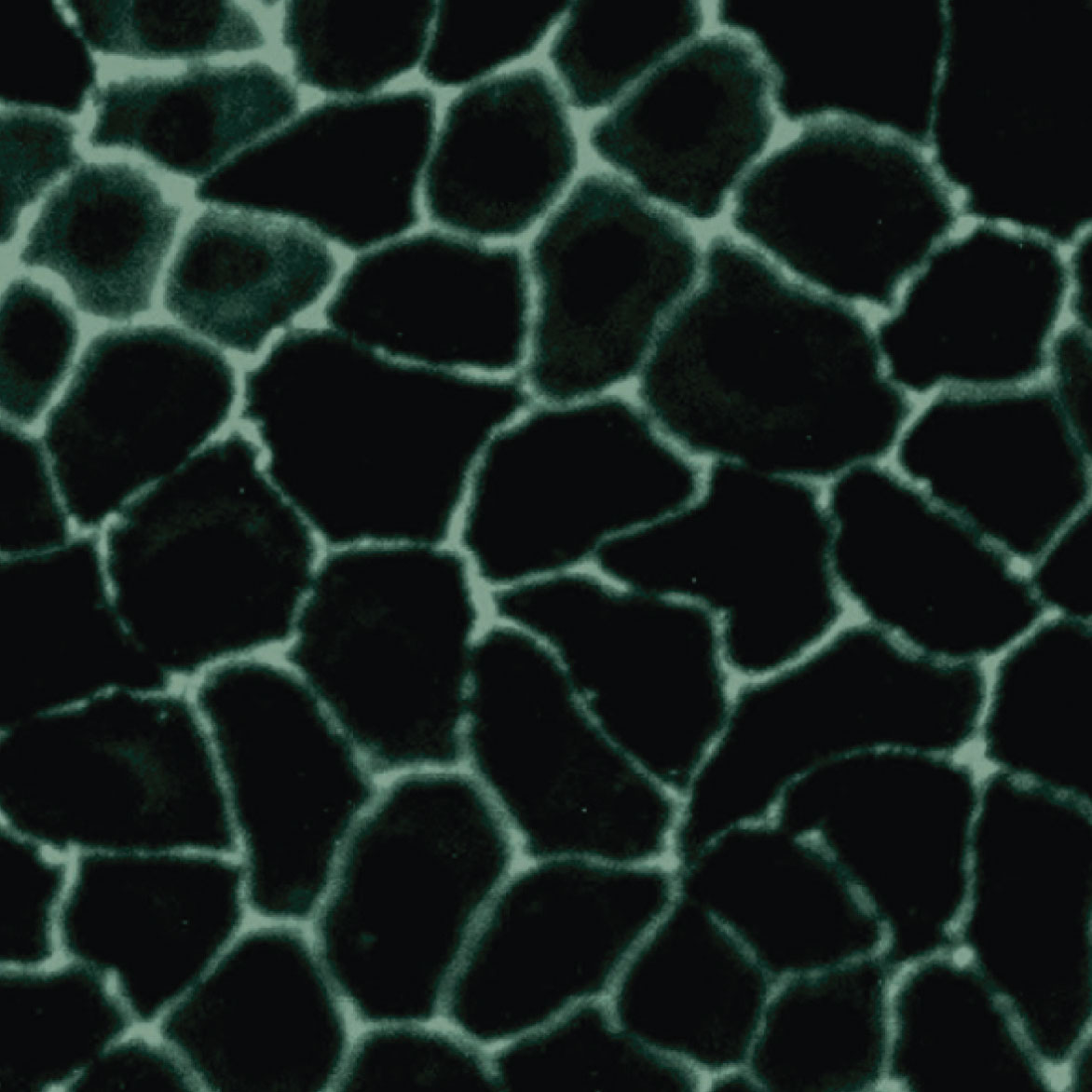 Gut lining supported by metabolites from the microbiome, leading to improved cellular communication.

Zach Bush MD is a physician specializing in internal medicine, endocrinology, and hospice care. He is an internationally recognized thought leader and educator on the microbiome as it relates to health, disease, and food systems. His education has highlighted the need for a radical departure from chemical farming and pharmacy, and his ongoing efforts are providing a path for consumers, farmers, and mega-industries to work together for a healthy future for people and the planet.