How Commune Does Sourdough 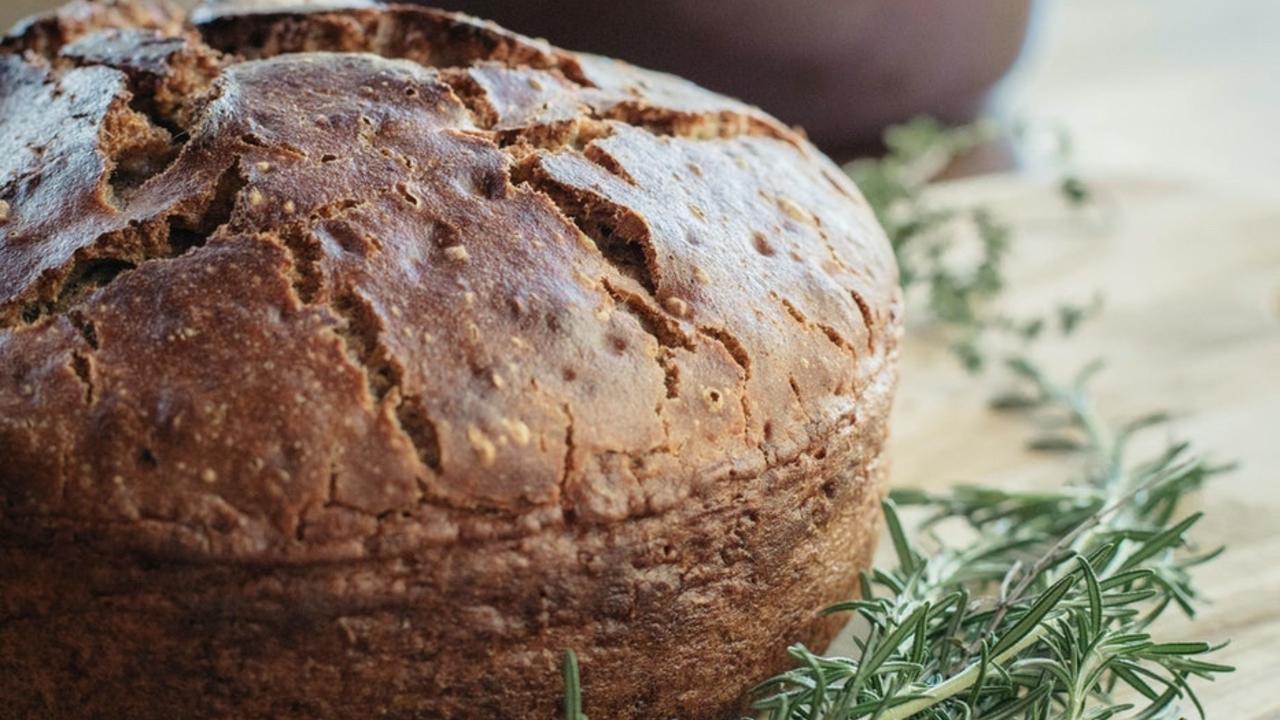 Here at Commune, we have not escaped the bread-baking bug, though we would have tested positive well before 2020.

As millions of Americans turn to their ovens, they have been particularly drawn to sourdough — mixing flour, water, and salt not with a purchased yeast packet, but with a living, breathing sourdough starter.

Our starter comes from Schuyler’s mother, and like any faithful pet, a good starter becomes a member of the family. When my 4-year-old cousin learned it was alive he named it “Minky” and bawled the first time my aunt made bread, “I DON’T WANT TO EAT MINKY!” In fact, there is no limit to how long the culture can survive — this loaf was baked with 4,500-year-old yeast from Egypt, and there are archival libraries of starters. But if you want to start your own, it’s not too hard either (though somewhat tedious), as water and flour will naturally ferment on your counter. You can also buy one on Etsy. This particular example cracked me up.

Alright, enough preamble. When I give out extra starter the first question is always, “What’s the recipe?” Well, there are many, and some work better with particular starters than others (ours is designed for rising at cooler temperatures), but this is how we do it here. Many sourdough recipes involve multiple kneadings and turnings of the dough. None of that! I like to keep it simple with a single mix, a long rise, and right into a Dutch oven to bake. Here goes:

I store about ¼ to ½ cup of starter in a sealed jar in the fridge between baking.The day before you are going to use your starter, move it to the counter and feed it ½ cup flour and ½ cup water, stir, and let sit uncapped or with the lid half on. Ideally, you feed the starter twice about 6-10 hours apart before using it, but sometimes one feeding is enough to wake it up. You’ll start to learn when the starter is looking bubbly and active and ready to make dough.

Get a big bowl. Big wooden bread bowls are the best, but can be hard to find and are not necessary. I aim for about 7 cups of fresh flour total, usually 2 cups of bread flour, 3 cups of whole wheat, and the rest whatever is around — buckwheat, spelt, rye, etc. This is when you can throw in a handful of rosemary, granola, flax, etc. Play around with your add-ins. Lately, I’ve been doing about ⅓ cup of fresh herbs.Add a cupped handful of salt, about ¼ cup of coarse salt, a bit less for fine salt. I like sea salts for bread, but will use what’s around. (You might be noticing that there’s some flexibility in this recipe!)Mix the flours and salt.Reserve ¼ to ½ cup of starter and put it back in a sealed jar in the fridge. Add the remaining starter to the flour (about 1 cup) plus enough water to make it a wet dough. I start with 3 cups of water and go up from there. You are aiming for dough that is stirrable but somewhat hard to stir. It will be quite wet for bread dough but not nearly as wet as pancake batter.Stir hard with a wooden spoon for about 5 minutes (though I imagine you could also use a dough hook on a stand mixer as well). This should be a workout – we’re developing gluten, after all – but not impossible. If the dough feels too stiff to stir, add more water. It’s done when it looks smooth and has “whipped up” a bit.Drizzle a bit of olive oil on top of the dough, cover with a towel, and let sit all day or overnight in a warm spot.When my grandmother gave me her challah recipe she inserted this line into the text at this point: Vast gulfs exist between one man’s reality and another’s. Think about it while you wait.

Pre-heat the oven at 450° F for 45 minutes with a Dutch oven inside.Take the pot out and carefully pour/scrape the dough in with a spatula. Optionally, add a bit more oil to the bottom of the pot before doing this.Put your oven mits back on before grabbing the Dutch oven lid! Cover and bake at 425° F for 55 minutes with the lid on. Then uncover and bake another 15 minutes. When a meat thermometer stuck into the middle hits between 190° F to 200° F inside it’s done.Run a knife around the inside edge of the pot, then dump the bread out of the pot and let it cool on a rack or the stovetop. Wait at least 15 minutes before slicing. Yum! 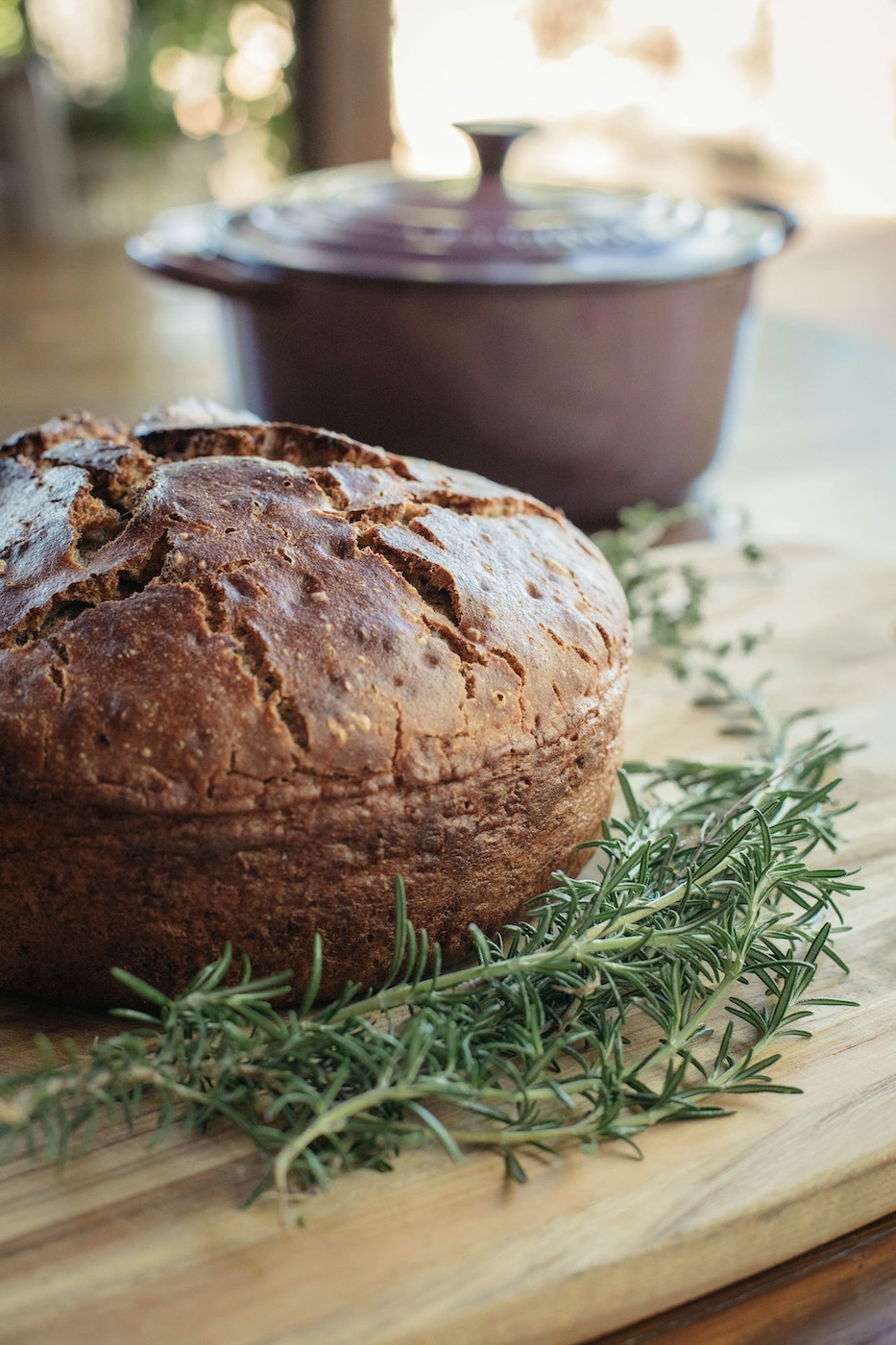 My sourdough sticks to the bottom of the Dutch oven.This can happen if the Dutch oven isn’t well seasoned with oil. Just pour a bit of oil into the bottom before scraping in the dough. My starter isn’t activating well.Your starter will keep in the fridge for a couple of weeks (or more) in a sealed glass container, but it will be slow to activate when you take it out. You may need to feed it consistently every 8-12 hours (½ cup flour + ½ cup water) for a few days before it “wakes up.” Also, sourdough starters like to be fed the same type of flour over time (I feed mine whole wheat flour), so if you changed the type of flour you are feeding it, that might be the reason.I have too much starter.Since you have to feed your starter periodically to keep it healthy, sometimes you have more starter than you know what to do with. In this case, making sourdough crackers or sourdough pancakes are good options. Sourdough crepes are probably the easiest — just mix in an egg and that’s it!

Any questions? How do you like to bake bread?

Get wellness wisdom & practices, plus a FREE deep relaxation video lesson when you join our weekly newsletter!

Almost there! Just enter your first name and email below to get your FREE relaxation lesson.