Commusings: A Corn’s Eye View of the Universe 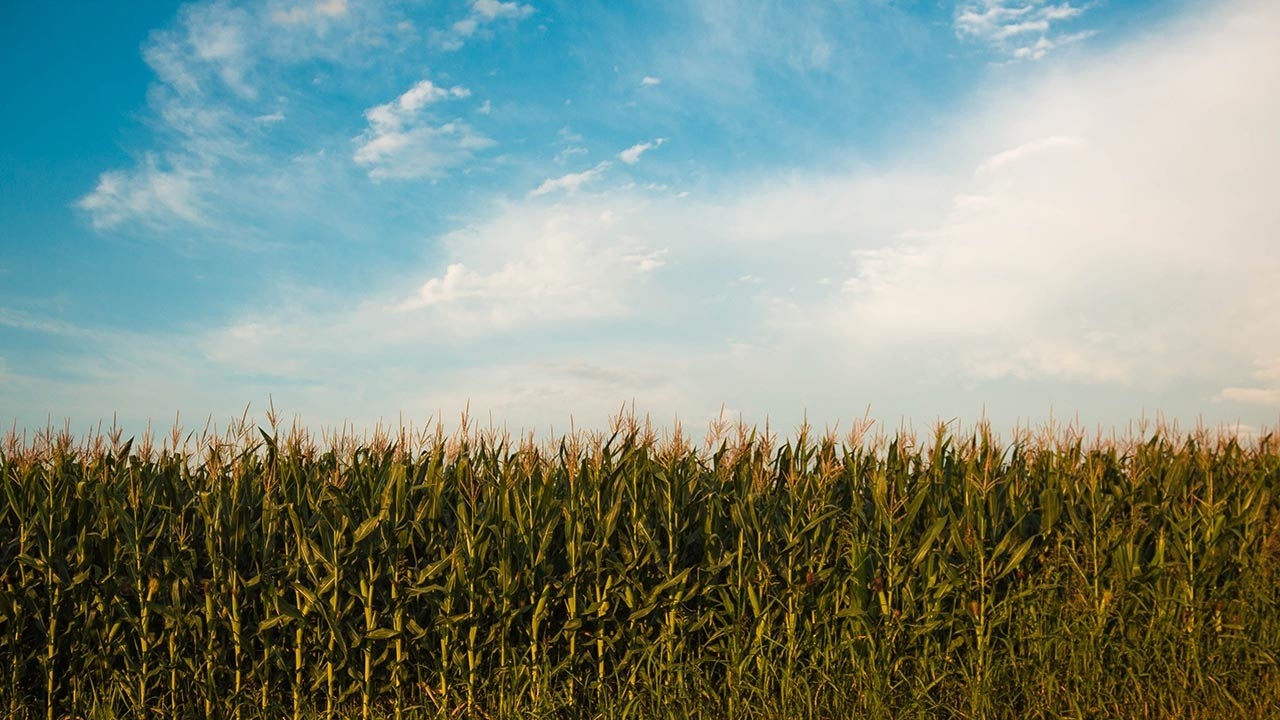 Earlier this month, I spent a week with Dr. Zach Bush at Commune Topanga.

The Commune podcast has provided me with the opportunity to interview many brilliant thought leaders. I have spoken with functional medicine doctors, disease specialists, gut health experts, nutritionists, immunologists, endocrinologists, ecologists, regenerative farmers and myriad other -ologists.

But Zach is unique in that he weaves all of these connected yet disparate fields into an integrated tapestry and vision for human and environmental well-being. And he does so with unparalleled expertise, elegance and poetry.

Oftentimes, my role as podcast host doubles as translator. I try to render complex ideas into digestible form.

My daughters think I’m corny. So, for the purposes of this short article, I take them literally. This missive is a mere kernel of Zach’s breadth of knowledge. Listen to the podcast to get the full ear.

Drop me a line any time at [email protected] and follow my regular rantings on IG @jeffkrasno.

A Corn’s Eye View of the Universe

Hello, my name is Bacillus Thuringiensis Corn LXXV – a clunky family name. My friends call me BT. I am a stalk of corn, standing proudly in the fields of Dodgeville, Iowa. For a hundred miles in every direction, all you can see are millions of my brothers and sisters, rank on rank.

The meticulously tilled fields appear to make order out of chaos. Frank, the dungareed-boss man, and his father (and his father before that) have been toiling away to make ends meet, growing maize and soy, wrangling with pests and weeds, trying to tame nature to feed the world. They call it domestication, which is ironic because Frank is the guy living in the house. My fellow cornballs and I joke that we actually domesticated him.

My requirements are modest: sun, water, carbon dioxide and soil. Through the miracle of a process called photosynthesis, I convert light energy into chemical energy. The sun catalyzes a process by which I breathe in carbon dioxide from the air and water from the ground. I synthesize these elements into carbohydrates that fuel my growth and feed microorganisms that enrich the soil. And I exhale oxygen, which seems to be useful to Frank and his children.

This mutual interdependence seems quite straightforward but it has become complicated. In the spring, a propeller plane swoops down and sprays us with a mist that is meant to kill weeds. The plane dusts me again at harvest time to dry me out.

This spray is an herbicide called Roundup and its active ingredient is an antibiotic called glyphosate. It is used because the weeds compete with us for soil space and suck up precious nutrients that supposedly stunts our growth. Frank Sr. used to spray just the weeds. But around 1996, a man in a white coat genetically modified the seed of my great-great-great grandfather such that he would be resistant to Roundup. Bio-engineering of “Roundup ready” seeds allowed Frank Sr. to go hog wild and indiscriminately spew herbicide everywhere, seemingly killing the weeds but not impacting the corn or my distant, similarly bio-engineered cousins, soy and squash.

Monsanto, the manufacturer of this herbicide also produced and sold these GMO seeds. As economic pressure came down on Frank Sr., Monsanto promised bigger yields and higher profits. So, every year, Frank bought herbicide and seeds from these guys and became completely reliant on them for the primary inputs of his farm. 90% of American soy and 70% of corn is grown from Roundup ready seeds. But the improved yields never really came. And, through a process called horizontal gene transfer, the weeds got hip to our Roundup resistance. Weeds be sneaky like that. Frank needed increasingly more herbicide every year. This deal seemed to work out pretty well for Monsanto, but not so well for Frank, or, evidently, for you.

The glyphosate killed all the earthworms (and the fungi and bacteria) in the topsoil. These little crawlers provide aeration and nutrient cycling. Their poop enriches the earth with nitrogen, phosphorus and potassium. After multiple seasons of spraying, the soil became degraded and dry. It no longer retained water, so when it rained most of the water just ran off, taking the glyphosate with it into drainage basins and catchments and, eventually, into the Mississippi River.

I know all this stuff because a doctor named Zach Bush visited our farm. He wore jeans and liked to hug people for a long time, most likely to pilfer their bacteria. I took it a bit personally when he called me brittle and showed me a grainy photo of my broad-husked great-grandpa.

Apparently, glyphosate is a chelator that prohibits critical minerals in the soil from getting into my stalk. Furthermore, it destabilizes my enzyme (shikimate) pathway that produces alkaloids and essential amino acids that humans cannot produce on their own. So, when you (or another animal) eats me, I am not delivering the nutrients my ancestors did. In turn, you are brittle like me. The soil is to me, like I am to you. When our nutrient source is depleted, we are depleted.

Furthermore, glyphosate deteriorates the tight junctions between cells in your gut lining, which leads to intestinal permeability (leaky gut). Bacteria and toxins slip through these now-looser junctions and enter your bloodstream, triggering the chronic inflammation that sits behind most chronic disease.

The increase in the mass use of glyphosate and intensive farming techniques correlates with a massive spike in chronic and autoimmune diseases. In 1996, eight million Americans had diabetes. Now, diabetes afflicts 35 million Americans and another 80 million are deemed pre-diabetic. In 1990, 10 states had a prevalence of obesity less than 10% and no states had prevalence equal to or greater than 15%. In 2020, 44% of the U.S, population was categorized as obese. These trends are mirrored in almost every category of chronic disease including cancer, heart disease, mental illness, Alzheimer’s, and autoimmune diseases such as rheumatoid arthritis, IBS, psoriasis and others. Chronic diseases are responsible for seven out of every 10 deaths in the U.S., killing more than 1.7 million Americans every year. By 2025, chronic diseases will affect an estimated 164 million Americans – nearly half (49%) of the population.

My goals are unpretentious. I dream of getting smothered with butter and salt at a lobster boil or a Labor Day barbecue, of bringing a smile to kids’ faces when I am brought out in a steaming casserole. But, alas, most of us end up as processed sugar (High-Fructose Corn Syrup) that is added to 80% of products in the market or as livestock feed in concentrated animal feeding operations. It’s strange because when Frank used to have cows they ate grass (not grain) and then fertilized the soil with their manure. But the animals got sent away and now he uses something called ammonium nitrate.

I am not sCORNful of technology, but this system ain’t working. My topsoil is dying. It’s so hot that Frank is actually spraying plants with sunscreen. Lacking nutrients, my stalk is feeble. And your health and immunity appear increasingly fragile. Yet there is a prevailing mythology that Frank cannot feed the world without an abundant use of chemical inputs. This is hogwash. A really smart guy once said, “The definition of insanity is doing the same thing over and over again and expecting different results.”

There is another way. We can instantiate regenerative agriculture as the new CORNerstone of farming.

Listen to Dr. Zach. I call him a uniCORN.

P.S. You can also listen on Apple Podcasts or Spotify. And to sign up for Dr. Zach Bush's upcoming Commune course, go to onecommune.com/zachbush.