Commusings: My Bapuji by Nidhi Pandya 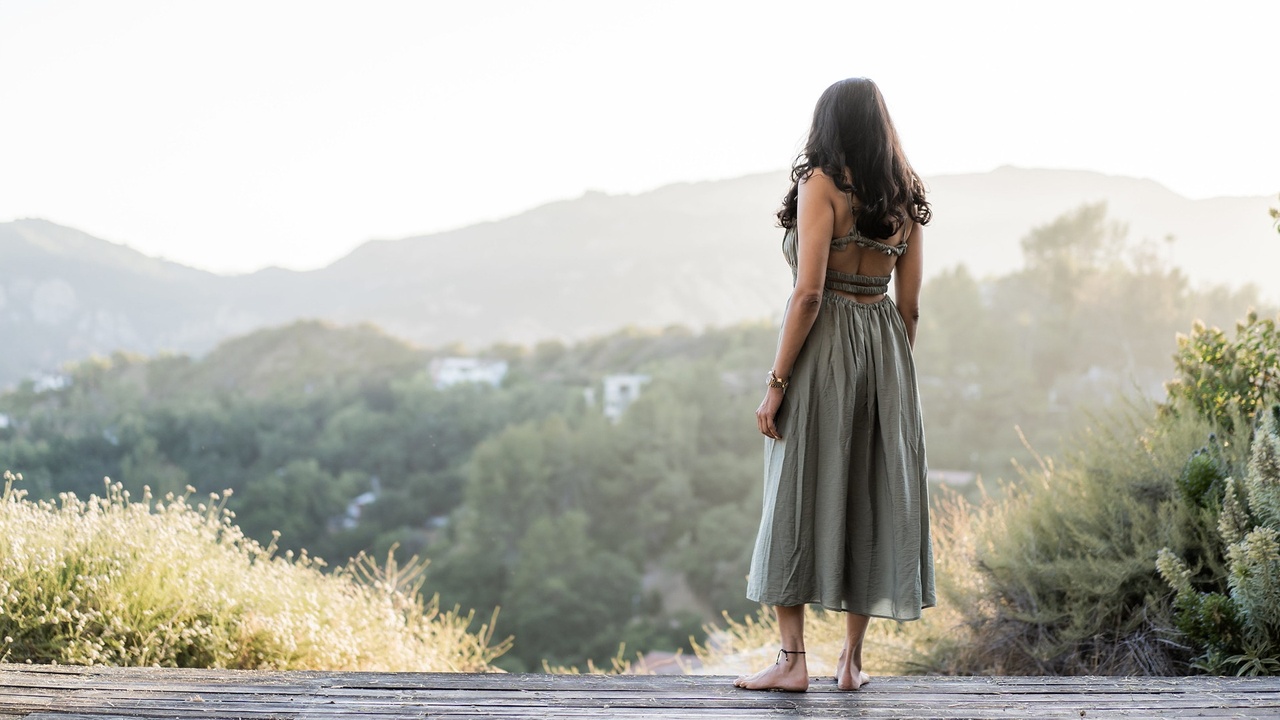 When you write a story, it’s just one story. The moment you share it, it becomes a million stories, for then it belongs to everyone. We witness our own stories in the stories of others. And we interpret stories through the lens of our own personal histories, biases and folklores.  When I read Nidhi’s touching memoriam to her grandfather, I could not help and think of my own Papa.

Though Nidhi’s Bapuji and my Papa lived ten thousand miles apart and in very different cultures, they are more alike than different. They both endured the loss of a child and yet managed to find meaning in the suffering, assuaging the pain through munificence.

Though I never knew him, I am grateful for Bapuji’s influence, for he contributed to an absolutely brilliant granddaughter.

Here at [email protected] and in the IG ether @jeffkrasno.

P.S. Sign up here to get a free pass to Nidhi's new Commune course on Ayurvedic Nutrition.

When Bapuji (my grandfather) died, I didn’t mourn. Instead, I celebrated. We all did. All 14 members of the family who lived with him and loved him so dearly. It was not your usual confetti-and-cake type of celebration, but rather, a bittersweet farewell that marks the completion of a successful term.

June 4, 2007 — The body Bapuji had just surrendered lay on a thin, makeshift cloth mattress, soon to be placed on a wooden bench, carried on his sons’ shoulders, and burnt into ashes at the cremation ground. There his body would be reunited with the earth and become raw material for more life. His eyelids met each other gently, and soft cotton balls were placed in his nostrils; at 92, his hair was still mostly all-black. His face carried the peace of a sleeping child. This body had served him well, and he had preserved it well.

I was surrounded by the sound of whispers, voices, and more than 100 pairs of footsteps, all submerged in the “Navkar Mantra” chant, which played on loop. But all I could listen to was the voice inside of me.

Death was not supposed to feel like this. It was supposed to feel untimely and disruptive and melancholy, no matter how and when it happened. So why did this feel different? It occurred to me then that a life lived meaningfully and fully is never mourned. It is honored and celebrated. Its presence transcends the physical form and becomes eternal.

At that moment, I thought about my own life and felt a tight knot in my stomach. I felt even then, at the age of 25, the secret awareness we all carry: that each passing day brings us closer to our demise. And if dying well is about living well, it was then that I resolved to live well.

For the last 15 years, I have gone into Bapuji’s history, explored his life, and found inspiration and purpose. I carry his legacy of Ayurveda and Vedic spiritual sciences to the West.

My interaction with Bapuji was devoid of hugs or even the expected grandparent-ly indulgences. Still, his presence in my life was soft and comforting, like the shelter of a banyan tree that gives shade due to its magnitude. His impact came not from an abundance of affection, sermons, or even advice, but through the radiance of his being.

As his granddaughter, here is the essence of Bapuji’s life, as I have perceived it:

The sunrise could sometimes be unpredictable, especially during heavy Mumbai monsoons, but Bapuji’s 4:30 AM alarm never disappointed. I remember my cotton paisley blanket finding its way over my head as Bapuji turned on his dim light for his dincharya (Ayurvedic daily routine). We all slept in the same room, my four sisters and I on the wide family bed and Bapuji on a floor mattress. Abhyanga oil massage, neti, yoga, pranayam, and prayers followed. The scent of sandalwood and saffron he bought back from his early morning Jain temple visit would be my cue to rise.

His afternoons were spent in introspection, reading the Bhagwad Geeta, an ancient Vedic scripture that discusses existential dilemmas.

His daily practices were designed to cleanse as well as nourish — both the mind and the body. He believed that while the true purpose of human life is to come closer to the Self, the physical body is an important vehicle to be honored. It helps one to experience the pleasures of the world through the senses when younger and then – as the transient nature of the outer world eventually becomes evident – to explore the world within. He studied the Ayurvedic scriptures and used that wisdom to bring thousands into wellness.

One would imagine that this level of discipline would require rigidity, but the opposite was true. Bapuji maintained that flexibility is essential for flow, and flow is essential for liberation.

Being witnesses to his loving relationship with discipline, all 14 of us now have our own routines — not routines that stress us out, but rather that set us free.

Baiji (my grandmother) passed away from cancer when Bapuji was just 50 years old, leaving six children behind. Three daughters and three sons. Bapuji had to step up, and he did, but not aggressively or to hustle. Instead, he slowed down, paced his life, and set an exceptional example for his children. His career was modest and honest, but he built and passed on the legacy of his character. Given the prevalent patriarchal culture, it would have been easy for him to tighten the reins on his children, but instead, he surrendered, displaying faith in the plan the universe holds for each person.

His shraddha was truly tested when his eldest son, my uncle, lost his life at 52 in an unfortunate accident. I was around Bapuji when he found himself caught in a vortex of extreme grief. He paused, became pensive for a few moments, and narrated these words from the Bhagwad Geeta “Death is certain for one who has been born, and rebirth is inevitable for one who has died.” He immediately pulled himself out of the vortex and, once again, surrendered.

Born in a Jain family, Bapuji was a lifelong vegetarian but actively extended his nonviolent spirit to his words, thoughts, and actions as much as possible. Having been a part of the National Movement that Gandhi started, he understood that violence is bondage for both assailant and victim.

Each year, we would observe paryushan, an eight-day event to introspect and bring non-violence into our lives. Even though I would then wiggle restlessly in my seat as the family gathered in a circle and Bapuji recited verses in Prakrit (an ancient language); today, Paryushan holds a very special place in my heart. For eight days, I mildly disconnect from the mundanities of life to gently question those areas of my life that need more compassion.

I have heard that Bapuji did not always carry the tranquil flair I knew him for. In fact, in his younger days, he had quite a temper. Beyond that, his excessive involvement with certain relatives also became a reason for misery. But, through daily introspection, he became keenly aware of these sanskaras (patterns and tendencies one carries from childhood or lifetimes).

Every overpowering emotional arousal is telling of a sanskara that needs to be broken. Sanskaras are like smog; they make everything heavy and hinder clarity. They keep you locked in the cycle of karma. He identified the goal of his life to liberate himself, of himself, one sanskara at a time.  What lay beneath the sanskaras was the stillness of nirvana, the complete dissolution of the self, a state of zero. This work toward neutrality also explained why he was more compassionate rather than intensely attached.

The word that best describes his attitude towards others is seva (in service). But not the conspicuous “I am the doer” type of service, but rather in the manner that roses spread fragrance; by being one with the scent. Service was in his fundamental nature. He had paid for and facilitated several thousands of young unemployed girls and boys to learn tailoring and driving and start their own businesses.

I twitched my nose and safely placed my hands in my pockets on the rare days I became his accomplice on his daily rounds to the  crumbling Mumbai government hospitals. Bapuji wore no mask or gloves when he visited each lonely patient, extended his love, and donated medicines. Compassion kept his body parasympathetic, and his immune system always worked in his favor. In the 30 years of this practice, into his nineties, he never once caught an infection.

While the ego serves an important function when exploring the outer world and finding your place in it, the same Ahamkara (Ego) can become an impediment to finding stillness within. Bapuji never gave out his real name; he preferred to be known as the anonymous kakaji, especially when in service. He didn’t want the physical form to hold more space in the world. He sought the “formless.” More energy, less matter.

With the same sentiment, he kept himself in a light-hearted spirit at all times. He used vigor rather than rigor to stay on the path. If “spirit,” essentially weightlessness, is what makes one spiritual, a rigid and heavy mentality is the opposite and prevents one from elevating.

It is evident that Bapuji had put great thought into his life’s conduct, but he was the first to embrace that different folks bring different strokes; which depend on their unique sanskaras (tendencies and triggers). Around him, one could only feel loved, never judged. His mantra was inspiration rather than imposition.

My heart feels full as I share my Bapuji’s story with you. Through him, I witnessed what it means to live a life that liberates, to move away from charge and towards flow, to heal myself, and become a catalyst for the healing of others.

He often told me, “Nidhi, you would make a good doctor and healer.” Little did I know that I would be so deeply pulled onto this path.

When I die, I want to die like him. I want my heart to be full and my body to feel empty.

The granddaughter of an Ayurvedic healer and a spiritual master, Nidhi Pandya is a third-generation practitioner of Ayurveda. She helps clients and communities move toward happier, fuller lives through the guiding principles of Ayurveda. Nidhi has been a trained Classical Ayurveda Practitioner and has Ayurveda directly from the ancient scriptures. Her goal is to make this timeless science comprehensible and accessible to all.