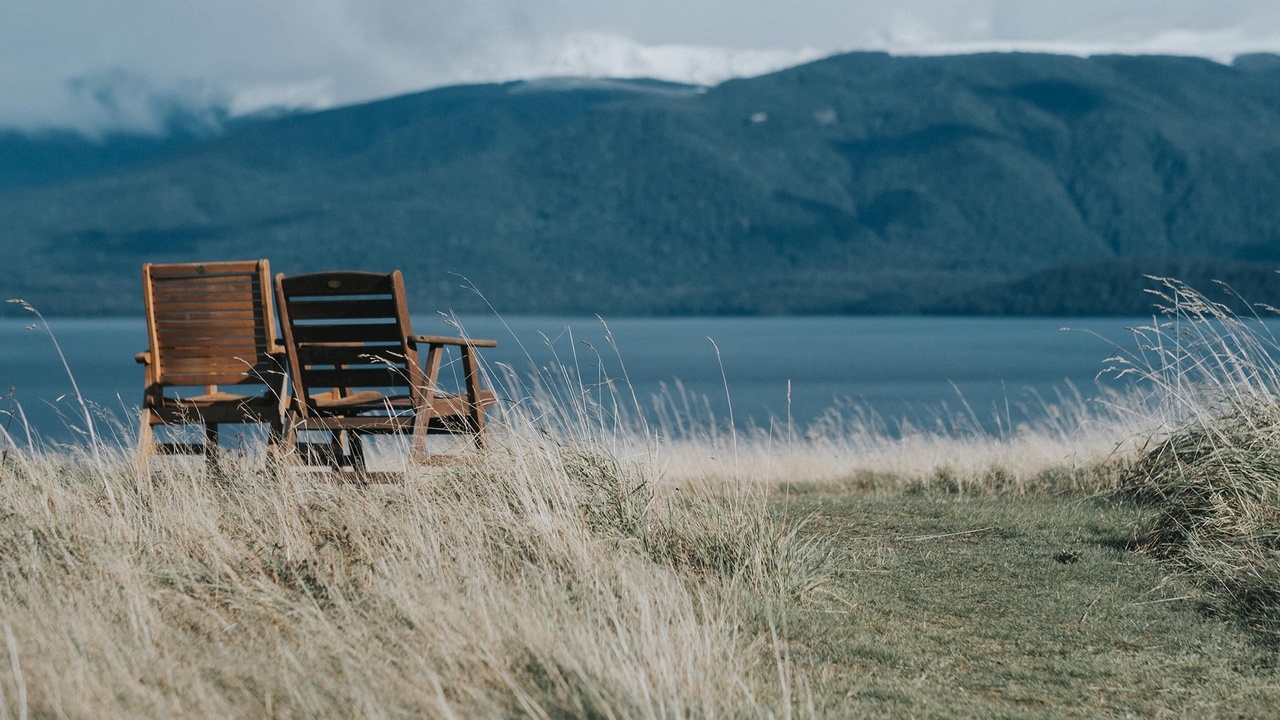 My mother-in-law, Ann, and I have a secret code word that I am licensed to employ when she becomes inappropriate due to excess alcohol consumption. When I say “bowtie pasta,” she knows to simmer down and stop drinking. Don’t get the wrong idea. She’s not a lush. She simply has a very low tolerance for liquor. And I have a tantamount low tolerance for the absurd inanity that spews from her mouth when she’s inebriated. Hence, we complement each other perfectly without complimenting each other at all.

Ann penned this week’s essay, thus offering me the opportunity to fulfill a long-term dream: to edit my mother-in-law. As you may infer, Ann and I have a playful rapport. I love her spirit — in the absence of spirits. And this week’s missive encapsulates her good-humored and roguish essence along with her wonderful storytelling. I hope you enjoy her as much as I do.

Here and not at [email protected] and prattling away on IG @jeffkrasno.

Less and less is done,
Until non-action is achieved.
When nothing is done, nothing is left undone.

The world is ruled by letting things take their course.
It cannot be ruled by interfering.

I’ve got an enormous veggie garden that yells at me starting in early spring and continues loud, well into the fall. Then, I have a landscape garden, which I like to think of as my “estate.” Not quite as overweening as the garden of some Englishman’s castle. No, I don’t pretend to have that degree of “estate.” However, in my own little way, I have created vistas of garden beauty, stretching out for hundreds of yards.

This landscape garden does not yell at me the way the veggie garden does. That veggie garden is the equivalent, the vegetable equivalent, of a place like Versailles, with its endless array of flowering species that need to be moved out in order to make way for the next set of flowering this’s and that’s. Veggies are like that: Remove the lettuce and plant beans. Remove the beans and plant a winter crop. And on and on. Versailles had an army of gardeners. There’s only me here.

Jack, my husband, and I occasionally go to a nudists’ resort in the Santa Cruz mountains. Ahhh … reading, napping, sunning, hiking. No gardens to tend. Just natural beauty to enjoy. There is a grassy slope with some bronzy-trunked Manzanitas. There is a feeling of ease for me here. I am at leisure, friendly.

I’m walking down that slope toward a patio and I see the two men sitting at a table having a snack. I had seen them earlier in the hot tub. Older guys. (Hey! What am I saying? I’m nearly 80!) I stopped alongside their table and said, “Hello.” There is a camaraderie at a nudist camp; we are all there to be naked. The feeling of a breeze on all of your body’s skin is delightfuI.

I had a book in my hand and one of them asked what I was reading and then what other books I liked to read and we were off into an acquaintanceship.

I sat down at the table. In a quiet, deep voice the man to my left asked, “And what else then, besides books, are you into?” This gentleman had the kindest brown eyes and he rested his calm gaze on me for long moments as I answered.

Well, naturally I told them I had a garden and how the veggie one yelled at me and how the landscape one was, etc... Then I said, “But I also have the privilege of a massive stand of Douglas firs, all black green and imperturbable. I get to admire them with not an ounce of effort expended.”

And now the other man, who turned out to be Polish, spoke up. His story was so interesting that I’m going to pretend I memorized it and will now convey it verbatim. If only I could put in his accent as well:

“Gardening is a war against Nature. Oh yes ... I’ll tell you. I am a retired engineer and I like to have order. Now I have a back yard; it’s not nearly as big as what yours must be and my friend here, his yard is big, too. But mine is plenty big and, for years, I fought that garden. I had some flowers, some shrubs and I had a lawn. Everything needed water and all of the rest. I poisoned the weeds and weeded and pruned, too, and ... well, mostly I mowed the lawn and watered it and then mowed it yet again. There was one grass in the middle of that lawn. It was a different one, sort of spreading and with big coarse leaves. I did not want it in my beautiful lawn so I would dig it out and put some good soil there in that hole and plant some of my grass. Sometimes I would poison it first before digging it out.

“And,” I said, knowing well this story, “it came right back.”

“Yes. Right back every time and then finally I said to my wife, ‘I’m going to let this grass grow. Just to see what it does.’ And so I did and it became the most beautiful thing. Tall. Maybe 4 feet and the seed heads waving in the wind. Beautiful and so, then, I said to the wife, ‘I’m going to stop everything and see what happens.’ She wasn’t happy for that at first, but we kept the front yard up, for the neighbors. I stopped everything.”

“Oh yes, the watering. Yes, of course. Right now, here it is September, everything is dry and a little straggly but still there are flowers. Quite a few; a little white one. It crawls around and goes up anything that is up.”

“Yes, good ol’ bindweed is a morning glory. I have plenty of it; I grub it out a lot in the veggie garden. It’s considered a nasty weed for most gardeners, invasive and tough.”

“It’s very pretty. And this is the wonder of it. My garden changes so much from season to season and now there are so many insects and beginning to be quite a few birds. There is a very short plant, really it hugs the ground and it doesn’t seem to have any flowers. Well, I said to myself how does it live without a way to propagate itself? No flowers. I got out my jeweler’s loupe.”

“What? What did you say?” I was having a bit of a hard time understanding him given my hearing deficit and his accent. “You have an accent,” I said.

“Yes. I’m from Poland originally, but I have lived in this country for a very long time. Well, so I got out my jeweler’s loupe and I looked very carefully and, yes, there are flowers. They’re very tiny and brown-ish and so I took a micro-picture of it and posted it on my Facebook and a lot of people wrote back to me to say that it, that flower, looks just like the donkey in that movie, “Shrek,” which I have not seen. And, I suppose, she gets pollinated by some sort of crawling insect. I’m very happy to have quit that war against nature. Every day it seems here is something to be enjoyed in my garden now.”

The man with the kind brown eyes has been looking at me and smiling and I was looking at him too occasionally, because this was such a good story and we were both enjoying it so much. He said, “It could be that someday you might have to let your garden go.”

I agreed with him, though it would be hard to “let go” any time soon. He said, “Now you have something to look forward to when you decide to let go.” I know this will come, but not for now.

Less and less is done,
Until non-action is achieved.
When nothing is done, nothing is left undone.

I do not get to “rule” my garden, not without constant effort, and even then, without total success. I am growing old and weaker. (I won’t say weak, just weaker.) I am 77; it is 2022. California is in the grips of a massive drought. I did not plant much of a garden at all this spring. One of my most successful crops is the bindweed. If I squint, it is attractive. Little by little, I am letting go.

I do have difficulty with the concept of non-interference. Yes, the Polish gentleman is into the “not-doing and leaving nothing undone” thing and with much pleasure, but if you care to grow food, interference must happen. We humans have certainly thrived in that way of being — with the fashioning of spears for hunting, with digging sticks for foraging.

We live and love to use our magic hands.