Commusings: These Are the Good Old Days by Jeff Krasno 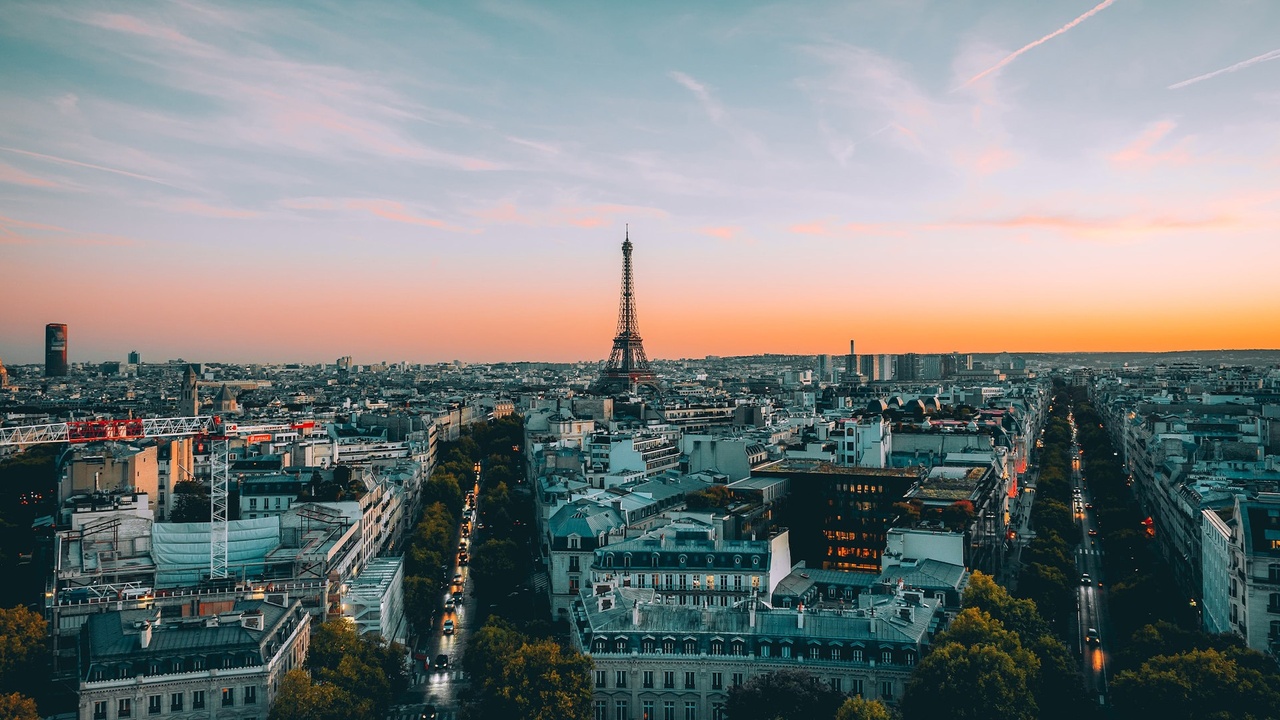 It’s quite natural to feel a wistful longing for a bygone era. Schuyler and I often reminisce about the time when our three girls were scrubby little towheads, when we could carry them on our chests and read them to sleep.

We’ve recently returned from visiting our eldest, Phoebe, who has moved to the City of Lights. We had the most marvelous time together. The trip invoked a different type of yearning – a present-moment nostalgia, a longing for now.

This appreciation for the present is a practice we can cultivate, even in the most prosaic moment of cutting vegetables.

Here at [email protected] and parlaying on IG @jeffkrasno.

P.S. Schuyler (my better ¾) and I are leading a day-long retreat on January 8. Come renew your practice and go into the new year inspired! Or check out the full Commune retreat schedule for this Spring.

These Are the Good Old Days

Schuyler and I hung our berets in the Marais over three decades ago when trudging up six flights was but a trifle. And here we are now, brood in tow, visiting our old stomping grounds, reliving our starry-eyed adolescence through Phoebe, our first born, who has stationed herself in a matchbox apartment in the 6th Arrondissement.

We have little plan. Racked with jet lag, we sleep late and walk the cobblestoned streets peripatetically, stopping regularly for espresso to refuel and warm our fingers.

We meander behind Notre Dame and over the Pont St. Louis that yokes the Ile de La Cité and the Ile St. Louis, the two eyots that bulge the Seine’s girth in the city’s middle. The great cathedral is in hibernation, scaffolded on every flank, crews painstakingly restoring it to its former glory, before the horrific fire of 2020 burned through its rafters.

The trees behind the great church are nearly bare of their leaves. Every ruthless gust coming off the Seine denudes them further, producing swirling mini-cyclones of scarlet and gold. To the north, the bridge spills out to the original Berthillon, arguably the best ice cream in Paris and, despite the chill, the girls clamor over to the curbside stand. To eat ice cream in the cold is to be young … or perhaps French.

Schuyler and I stop to watch a scruffy, Gauloise-smoking puppet-master manipulate his two marionettes. The elderly wooden couple dances to a Django Reinhardt gypsy tune. They sway and turn, turn and sway. The craggy-faced street artist is an alchemist of sorts, his dexterous manipulations render the hard-wooded marionettes supple and fluid. As the song concludes, the gentleman dramatically dips his lover, kisses her passionately, and then, spectacle over, she crumples to the ground. The man, once again rickety, wobbles over her, briefly staring down over her lifeless figure. Then he, too, collapses by her side. The small gallery claps in appreciation as the puppeteer smiles, pauses to relight his cigarette and prepares to reprise his show.

Swept away by the wistfulness of the moment, I reach out to interlock my fingers with Schuyler’s, our arms forming a bridge between the islets of our hearts.

I bring my lips softly to her ear, “I love you,” I whisper.

I profess this sort of honest affection sparingly. Perhaps the rarity of my heart’s admission assigns it greater consequence as Schuyler appears taken slightly aback. Her eyes well and she gives me that look. Head tilted to the right, chin slightly down, dewy eyes looking up to meet my own. In that one fleeting expression is every moment we’ve ever shared.

This look confirms her profound love for me, yet she is not the author of it. It emerges in and of itself, like a blossom opens. There is no contrivance to it, which is precisely why it’s so poignant. It’s like laughter; the moment we try to understand it, the experience ceases to be funny.

Trying to explain the sensation that infuses this moment, as I have attempted to here, is futile. The poets bid fruitlessly to solve an insoluble problem. The menu is not the food. The map, irrespective of the exquisite craftmanship of the cartologist, is not the territory. Love cannot be explained. It must be felt.

As the cloud cover reasserts itself, arresting a truant ray of sun, Schuyler’s expression disappears as quickly as it came. I am reminded of this Blake verse:

“To see a world in a grain of sand
And a Heaven in a Wild Flower,
Hold Infinity in the palm of your hand
And Eternity in an hour.”

Every moment is here and gone in the blink of an eye, yet the ever-lasting present is infinite. Now is the only time it has ever been or will ever be. Memories and projections simply scaffold the cathedral of the present, creating a sense of psychological continuity that anchors the illusion of self.

Schuyler and I often refer to our year in Paris as the apex of our life. Of course, we were insouciant, young in love and limb, unshackled by the obligations of dull care. Don’t we all experience the sentimental yearning to return to some past period or irrecoverable condition? But, of course, nostalgia literally means “our pain.” We desperately try to relive or forget the past while simultaneously projecting it into an imagined future. To be grateful is to grok that, like the Carly Simon refrain goes, “These are the good old days.” We are fools not to savor them.

Schuyler and I lean on the railing of the bridge. We gaze at the Seine, flowing like time below us, its ancient stone banks lined with the once-verdant skeletons of Bur Oaks, Cretan Maples and Lebanon Cedars.

Ever more naked, the trees undress, reticently letting go of their remaining leaves like seasoned parents. They don’t cling. Yet, even in the heart of the man with great equanimity, who finds beauty in life falling apart, who knows that nature promises a spring with every winter… even in this man’s heart, there is a clutch as the maple sheds it last leaf.

Years ago, I used to put the children to sleep with fairy tales. Inevitably, in these fables, the hapless scullery maid would get three wishes. And, one night, Micah stumped me, “Daddy, if you had one wish what would it be?” I pondered her query for weeks until I landed on a suitable answer.

“Micah, I wish, that many, many years from now, your mother and I will die on the same day.”

This aspiration might seem macabre, but, Micah did not find it the least bit morbid, for she occupies the world of marionettes and eats ice cream in the cold and dances among the falling leaves.